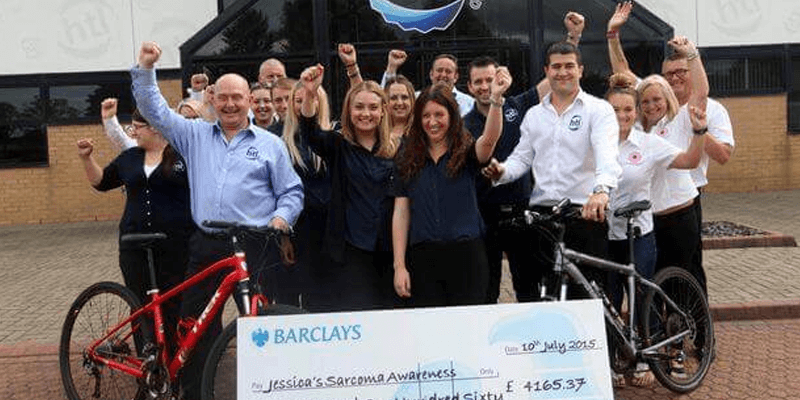 HTL teamed up with Jessica Robson’s family for the Whitehaven to Tynemouth mammoth three-day Coast to Coast challenge in aid of our nominated charity Jessica’s Sarcoma Awareness.

Trevor said: “We would like to thank all staff and friends that took part in this incredible challenge, especially under difficult weather conditions on the second day. We are extremely proud of HTL staff for all their hard work and commitment to our charity over the past 12 months.”

Paul Storey Group Managing Director of HTL Group comments: “The HTL C2C challenge in aid of Jessica’s Sarcoma Awareness was a fantastic event and very well subscribed to by both HTL staff and Jessica’s Sarcoma Awareness supporters. Some extremely harsh weather conditions made the second day particularly challenging, however with some great camaraderie and team work every participant crossed the finishing line in one go – testament to the commitment to such a great cause. Everyone who took part is delighted and proud to be associated with helping the charity and supporting children like Jessica.”